Historical research is usually the first stage in archaeological methodologies and involves the collation and analysis of a wide range of documents, photographs, aerial, satellite and geotechnical imagery, maps, plans, witness testimony and other types of source material.

This type of research – known as a Desk-Based Assessment (DBA) – is always undertaken by archaeologists prior to undertaking physical examinations of landscapes.

DBA materials are most commonly sourced from the following:

This project utilised a wide range of these materials in order to examine:

DBA’s also often highlight the potential for surviving evidence, what type/s of evidence may exist and where it may be located.

In 2017, a thorough DBA was conducted into the acts of mass violence perpetrated in Rohatyn (Ukraine). This included a review of witness testimonies, documents, maps, photographs, aerial imagery, satellite imagery and other archival sources already obtained by our project partners Rohatyn Jewish Heritage.

These historical materials were used to inform search locations and reveal new insights about the extent and nature of violence. Therefore, conducting such a review as part of this project was essential and extremely beneficial given the uncertainty surrounding the locations of mass burials relating to several massacres in Rohatyn during the Holocaust.

Additional archive research was also undertaken to source new material where possible. This phase of the project involved an in-depth analysis of the wartime aerial images and maps of Rohatyn. This process provided the opportunity to discover and analyse burial indicators visible from the air and review how the landscape at each of the sites to be surveyed has evolved over time (see image below).

An annotated aerial image of the south site in Rohatyn, taken by the Luftwaffe in 1944 showing the locations of possible buried remains and memorials (© US National Archives and Centre of Archaeology, Staffordshire University).

"Partnership elevates us all and makes us all better." 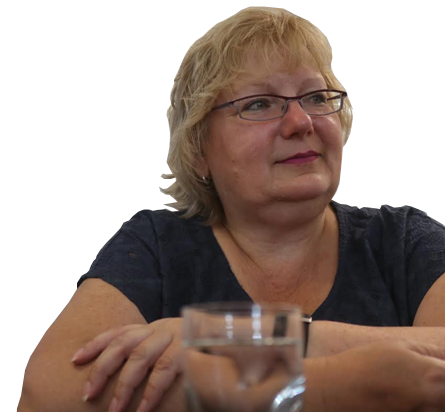